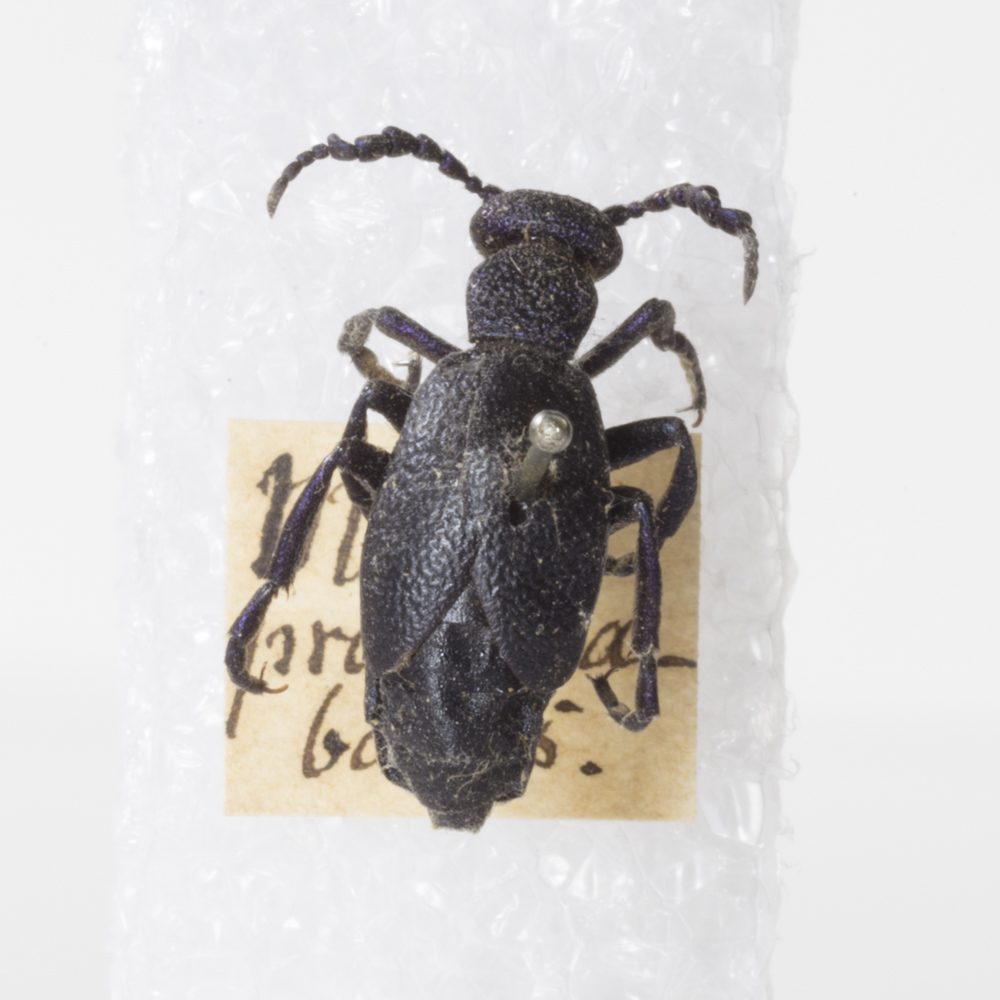 THE OIL BEETLE The beetle at the bottom of the painting is an oil beetle. The secretion it secretes to protect itself from its predators was used in early modern pharmacies as both an aphrodisiac and as a treatment for rabies. The beetle indicates Büttner’s earlier occupation as a pharmacist. Its position in the painting, on the edge and away from the other objects, is a reference to Büttner’s field of study within medicine at the time of the creation of the painting. While then his area of research was dedicated to the objects in the centre of the painting, his occupation as a pharmacist dates back much further.