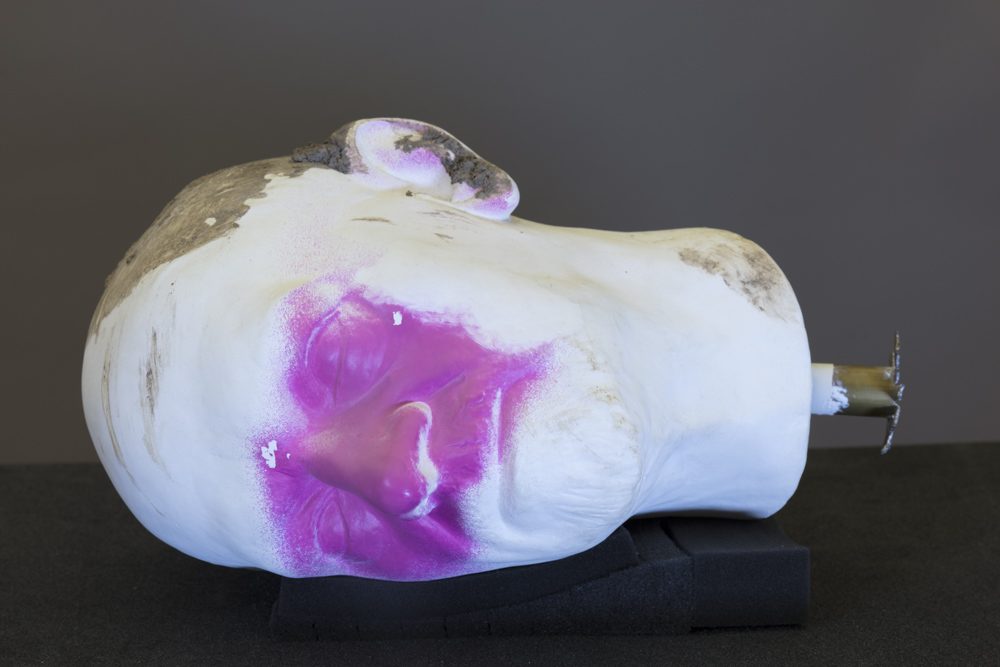 BUST OF DAVID HILBERT (1862–1943)
Professor of Mathematics
cast according to the original by Peter Kirchhoff (1928), 1986, plaster
Since the damage in 2009, stored in the restoration workshop of the Archaeological Institute.

Works of art, especially representative portraits, are also used during social conflict. In June 2009 during the “nationwide education strike”, the institution of the university at large was put in the pillory: tuition fees, the Bologna process, the Excellence Initiative and inadequate democracy. On the 18th of June, a group of demonstrators entered the auditorium (Aula) of the University of Göttingen and attacked several busts, including the plaster casting of the mathematician David Hilbert (1862-1943). It was sprayed with paint, knocked off its pedestal and thrown out of a window. An act of vandalism that can be perceived as institutional critique. The fact that it was David Hilbert of all people who got caught up in these riots, was likely purely arbitrary. This makes it all the more clear that institutional forms of representation, beyond their content, provide a target for criticism.

The colossal bust of Gottfried Wilhelm Leibniz’ (1646-1716) served as a counterpart to an equally oversized Gauss bust in the historical hall of the University. Göttingen received this donation in 1792, after it had presumably been used as a model for a marble bust. Around the turn of the 19th century, when the interest for portraits of scholars had waned and such portraits were considered outdated and distasteful, forms of representation of scholars were taken on by a new medium: following the trend at the time, antique busts took the place of paintings. Until around 1820, busts of non-local as well as scholars and artists from Göttingen were placed in the library of the University. 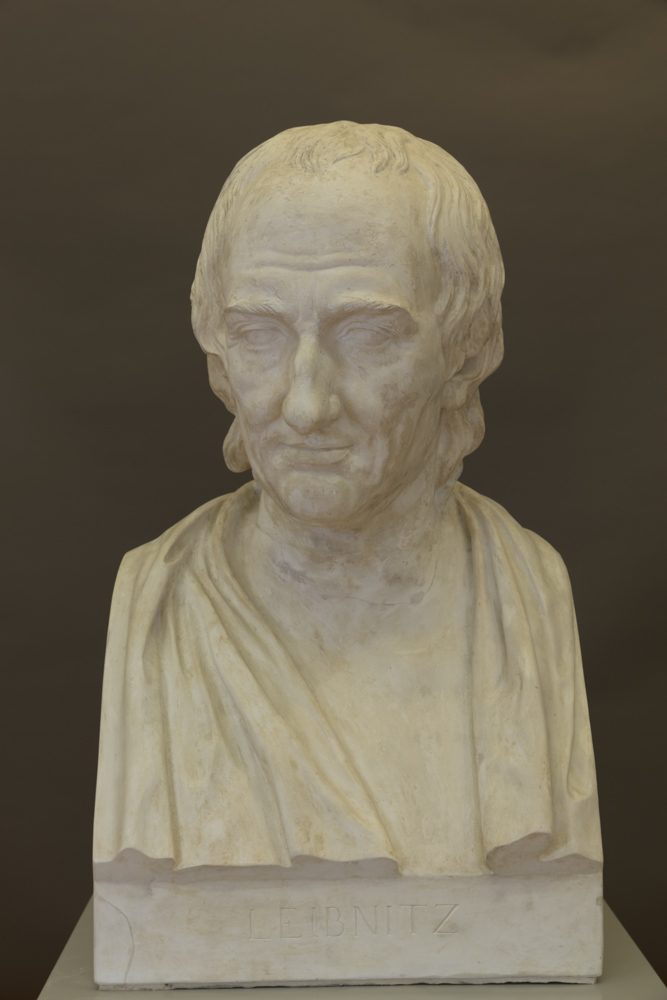 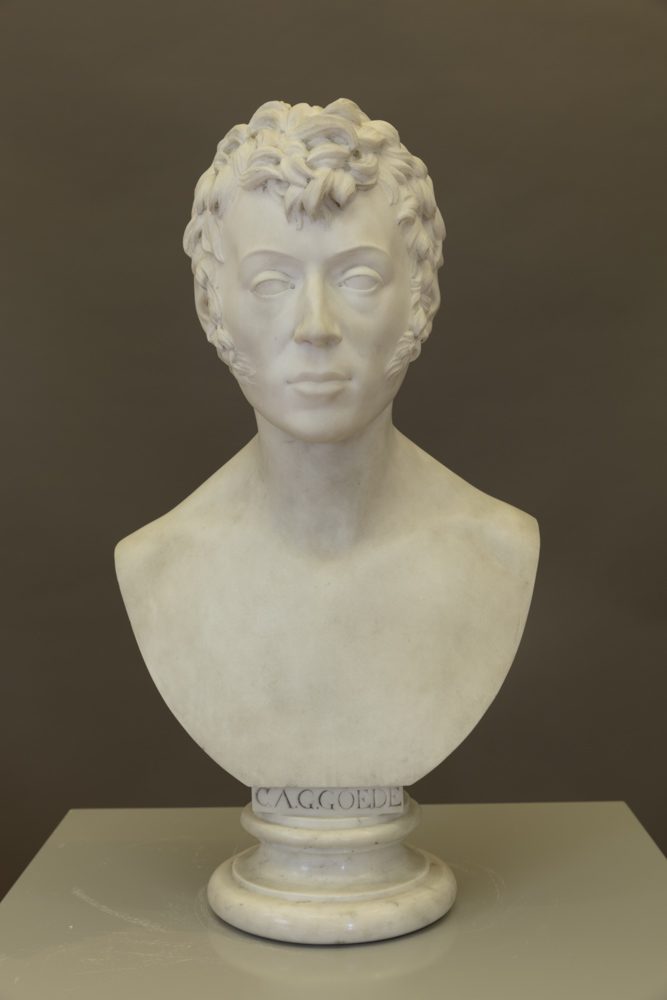 While there was general agreement that the new library hall, which had been renovated in 1812, should contain busts of “Göttingen’s Heroes” serving as role-models and inspiration for the students, the question of who should be included was not so straightforward. On-going discussions erupted, when in 1814, students bequeathed the bust of the lawyer Christian August Goede (1774-1812) and asked for it to be placed in the library. The vice-rector at the time did not deny the merits of Goede but saw his idea of a “Göttingen Pantheon” threatened should this bust be allowed:

“Gödes contributions to Göttingen and science are not as significant such that his bust would deserve a place in this row [Haller, Mayer, Kästner, Heyne]. According to general opinion, the idea of a little Göttingen Pantheon would crumble should his bust be included.”

When in 1812, the Pauliner Church was reconstructed and turned into a library hall, it was done so with far-reaching plans to set up portrait busts of scholars. In addition to selected plaster castings reminiscent of antique sculptures, the “Göttingen Pantheon” would be dedicated to the famous scholars of Göttingen. Thus, in 1814, busts of Haller, Mayer, Kästner and Heyne were erected on dark-coloured pedestals in between the bookshelves. There were even two busts of Dorothea Schlözer. Next to each portrait was a casting of a famous antique statues: Laocoön, the Borghese Gladiator, the Great Herculean as well as the Apollo Belvedere. 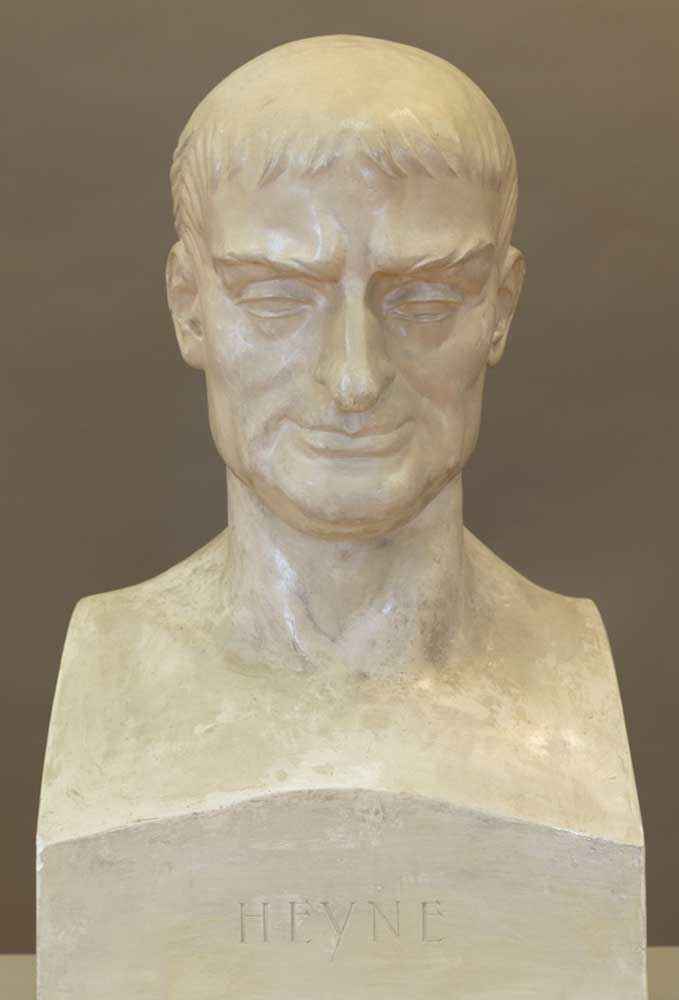