IN THE BEST LIGHT

Pencil, ruler and compass: these were classic insignia of a scholar in the 18th century. Staged as just such an example of an 18th century scholar is Abraham Gotthelf Kästner (1719-1800) in his portrait from 1769. Pencil, ruler and compass—these were also the tools with which the Göttingen professor for mathematics and physics put figures and formula on paper—can also be seen in the picture. Both come from his publication on hydrodynamics that was published in the same year as Käster’s portrait was painted, an early example of self-marketing.

What is particularly remarkable about Kästner’s portrait, however, is the note in his right hand. Written in the form of an epigram, it is a tongue-in-cheek reflection on the genre of the portrait within the portrait itself and can be used here as an example for all portraits that can be seen in this exhibition.

"Make sure that there is a decent image of you left for posterity. This way, authors, they will continue to gaze upon you long after they have ceased to read you." 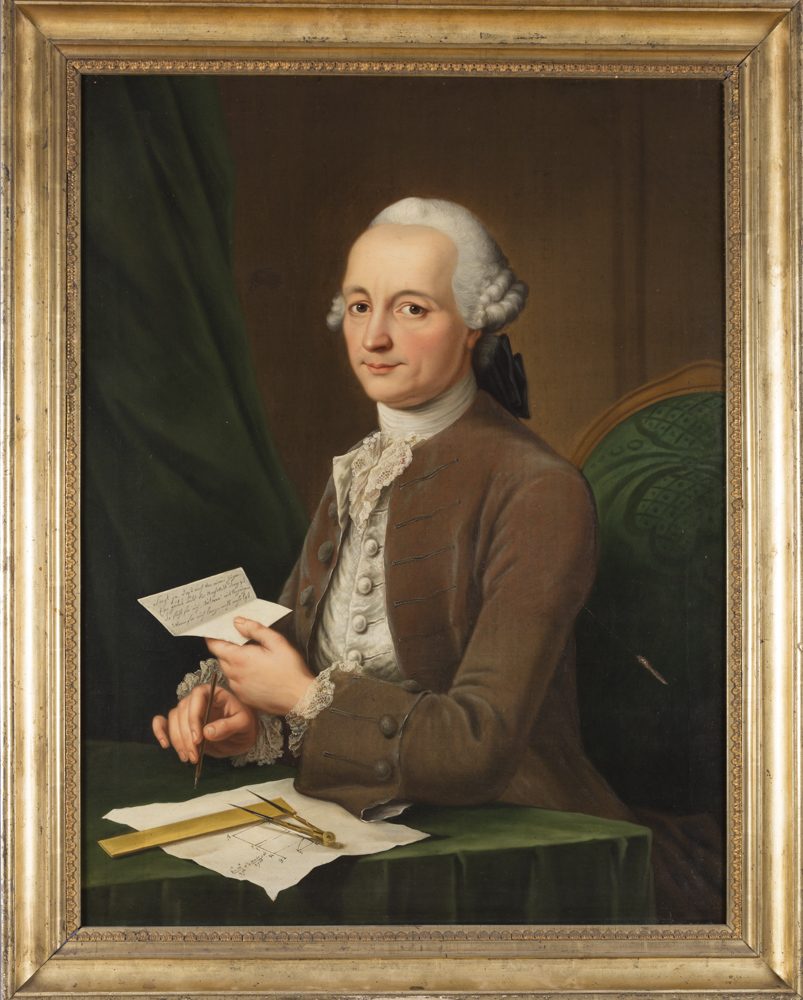 ABRAHAM GOTTHELF KAESTNER (1719–1800)
Professor of Mathematics and Physics, Director of the Observatory
Johann Heinrich Tischbein the Younger, 1770, oil on canvas
Art Collection of the University of Göttingen