The University has always been an exclusive place. Whereas in the 18th century it was reserved for few learned families, the research university of the 19th century was decisively a place for the aspiring educated middle classes, closing themselves off from the “bottom ranks”. Social advancement via a university career was an exception well into the 20th century.

At universities, women were represented more as objects suitable for research, rather than subjects who were capable of research. Under National Socialism, universities were among the first institutions to implement racist selection criteria. The portraits of Göttingen scientists reflect these mechanisms of inclusion and exclusion. There is an obvious absence of portraits of female scholars up into the 20th century. In addition, the portraits themselves can be perceived as part of the inclusion and exclusion processes. For example, they express certain notions of femininity and masculinity. But even beyond the example of the exclusion of women, the portraits show who belongs to the University and who does not. 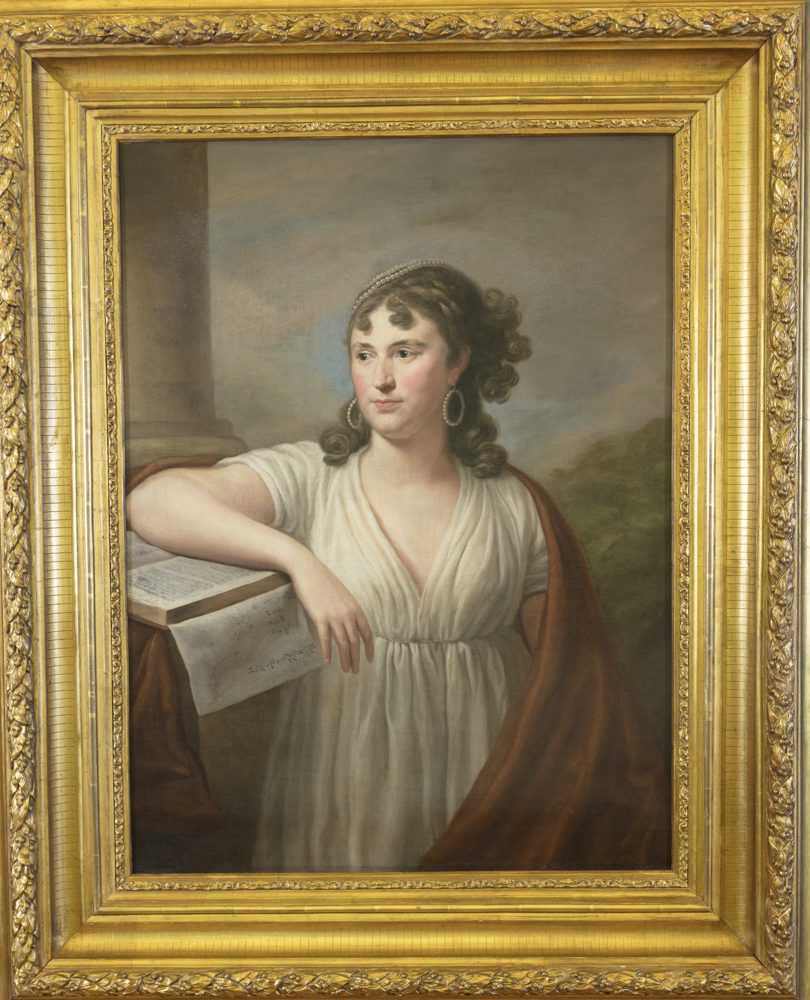 From the 17th century onwards, new places of knowledge had arisen through princely courts, academies and scholarly salons, which offered certain opportunities for women, especially those coming from noble backgrounds. Yet, the path to the university was still reserved for men. Dorothea von Schlözer (1770-1825) overcame the first hurdle on the way to a university career when she graduated with a doctorate in 1787. However, she was denied an academic career. Even her father, a Göttingen professor for Constitutional Law and History, who had supported her academically from an early age, was not in a position “to make a scholar [!] out of her.” And so, after her doctorate, she was supposed to follow the then predetermined path for women, that of a wife and mother.

The doctorate of Dorothea von  Schlözer caused upheaval far beyond Göttingen. Many of her contemporaries saw it as a transgression of current gender roles. This included former Göttingen student Wilhelm Friedrich August Mackensen (1768-1798) who recalled dismissively: Schlözer would lose her femininity over her learnedness. He was particularly offended by the fact that even during her lifetime, painted portraits and busts were created showing her as a classical scholar.

“If you just left it at that, doing comedy with the good girl, you could still make good once more. But you go on, and make her crazy with flattery and spoil her. She is engraved in copper and hewn in marble – Yes, yes, she is hewn in stone, don’t think I’m babbling. You will find her bust in the Mathemetics department of the library.” (Wilhelm Friedrich August Mackensen: Letztes Wort über Göttingen und seine Lehrer. Mit unter wird ein Wörtchen raisonnirt, Leipzig 1791, hier, S. 76.)

In the 18th century, the private household and the scientific workspace were not mutually exclusive. Many scholars taught at home, their books and collections were their private property. This enabled many women, who worked in professor households, to be scientifically active. The so-called “University housekeepers”, such as Dorothea von Schlözer, attained great fame. As professor’s daughters, they were in contact with science from an early age. As adult women, they earned their livelihoods as authors, translators or editors – albeit most of the time in the shadows of their husbands. It is probably no coincidence that three of them are only represented as silhouettes alongside male scholars in the private memory album of the Hungarian student Gregorius von Berzeviczy.

DOROTHEA VON SCHLÖZER (1770–1825)
Philosopher and one of the so-called “University Housekeepers”
Silhouettes from Gregorius von Berzeviczy’s friendship album
artist unknown, around 1784-1786, Silhouettes (reproduction)
Art Collection of the University of Göttingen 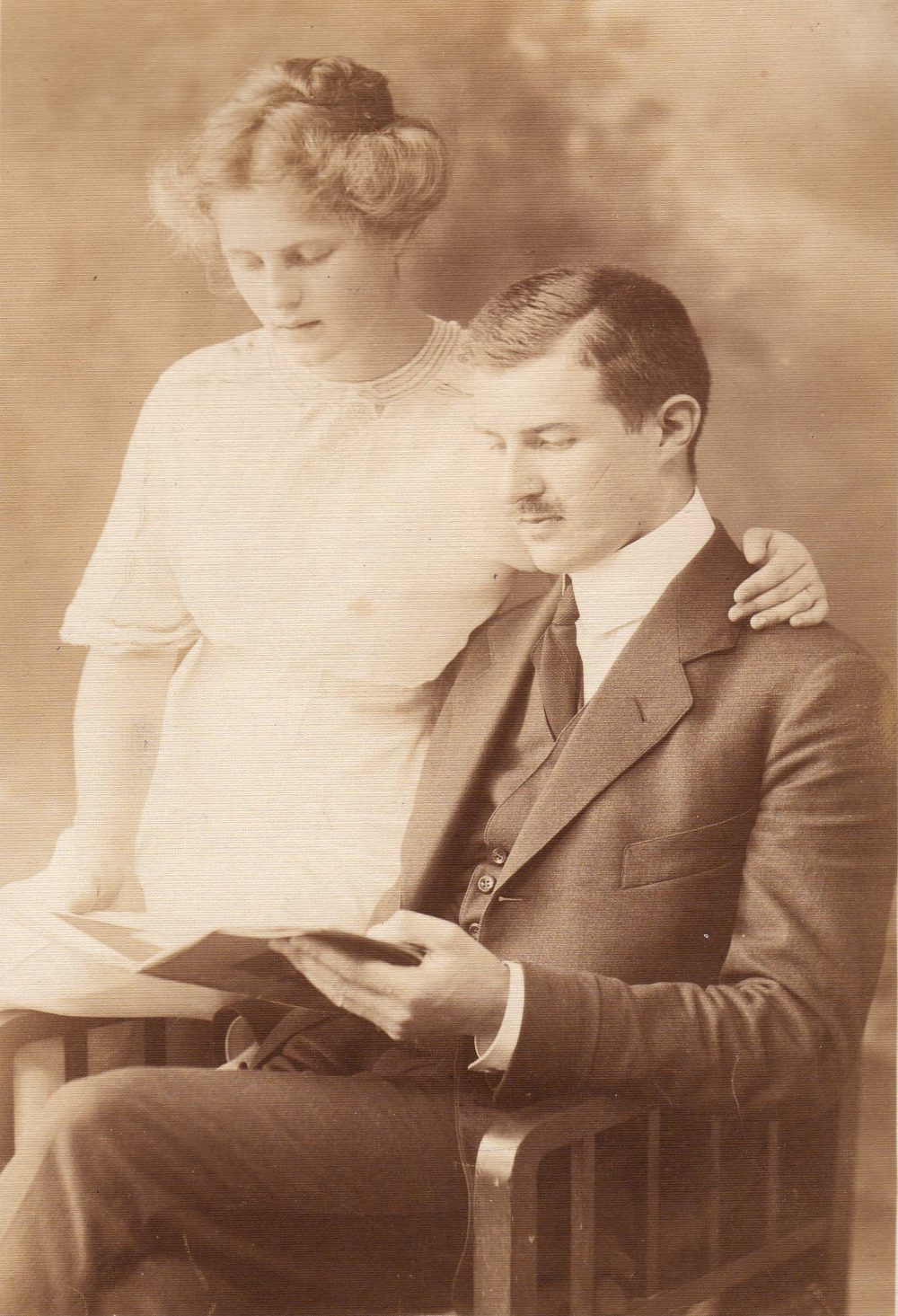 With the advent of photography in the second half of the 19th century new pictorial motifs were created. In addition to studio shots, there was a steady increase of scholars being depicted in private environments. Compositions of couples were a particularly popular motif. The images transport a contemporary gender relationship, that assigns men and women different roles in as much as they follow a constant pattern, which is the basis for the gender-specific distribution of activity and passivity. The men explain, read and demonstrate, whereas the women constrain themselves to listening and watching. Thus, the women in the pictures take less of an active role. Rather, they are defined by their relationship to the male subject. 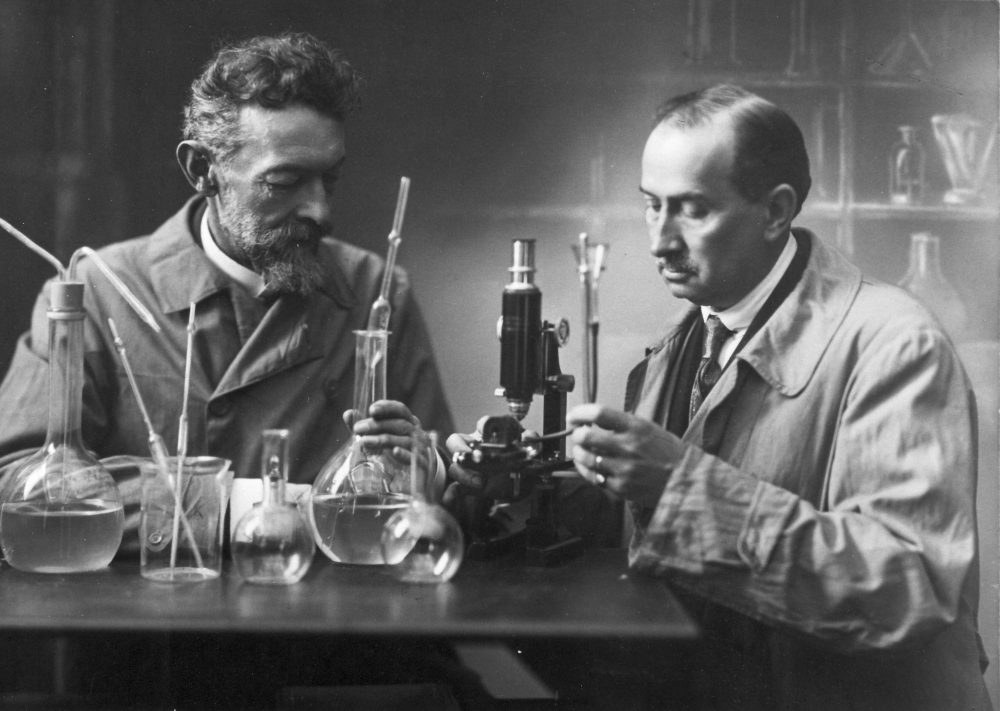 With the emergence of scientific understanding based on observation and experimentation, the 17th century also saw the need for craftsmanship at the university. Scientists now used instruments to observe, measure and analyse data that must be designed, repaired and maintained. The construction and execution of experiments also required many helpers and skilled hands. Then, as is now, the real scientific significance of the work of craftsmen, technicians or laboratory assistants does not correspond to their official representation. In publications, they may, if at all, get a mention as a side note and in photographs, where scientists are represented in their working environment, they remain mostly invisible. 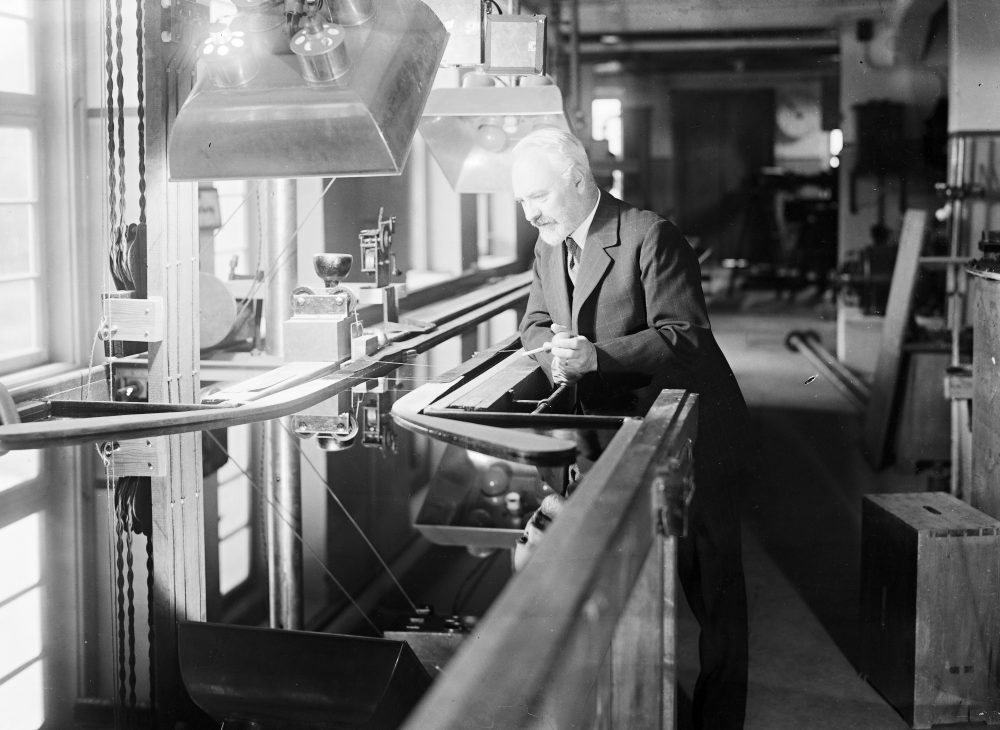 WHO REPRESENTS THE UNIVERSITY?

A portrait book is not a neutral compilation but a selection. It puts certain people into a group and excludes others from it. The selection only follows the individual criteria of the publishers on a superficial level. After all, contemporary ideas of belonging matter as well. This shows itself particularly momentously in the time of National Socialism. In 1937, for the 200th year anniversary of the Georgia Augusta, the Göttingen native anatomist Max Voit (1876-1949) published a volume with portraits of Göttingen professors. While he included some Jewish scientists in the volume who were already dead, he did not consider his Jewish contemporaries. For instance, Max Born (1882-1970), one of the most famous quantum physicists of the time, or James Franck (1882-1964), who had been awarded the Nobel Prize for Physics in 1925. Due to National Socialist injustices, neither of them were still active at the University of Göttingen at the time of Voit’s publication.