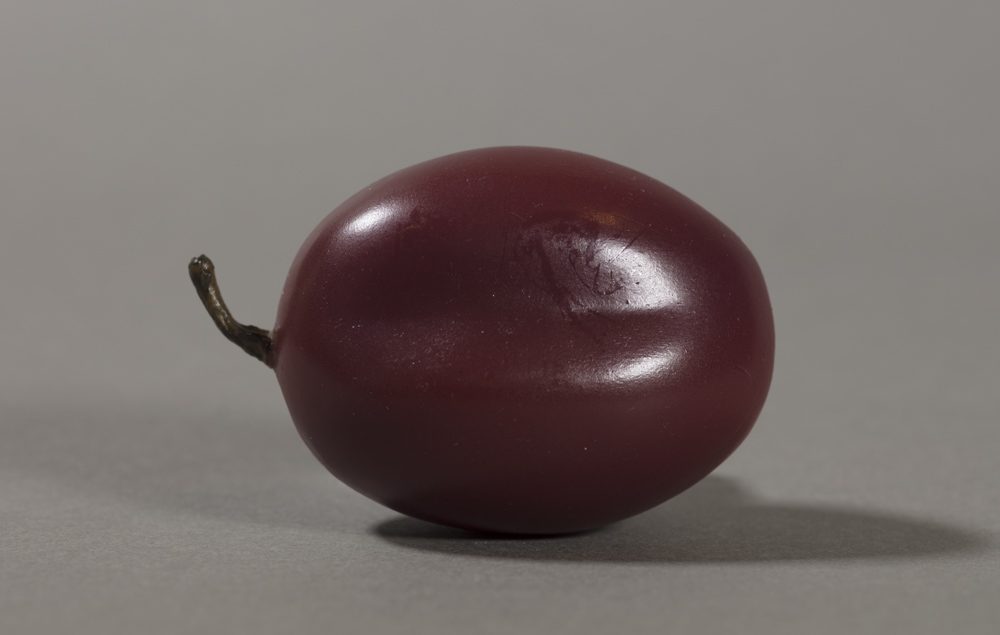 The plum placed on the desk is an allusion to Büttner’s publishing activities, which he continued into his later years. The attached note bears the inscription: 65 anorum arboris, “in the sixty-fifth year of the tree”. From 1771, when Büttner himself was 65 years old, his two-volume work: “Vergleichungstafeln der Schriftarten verschiedener Völker in den vergangenen und gegenwärtigen Zeiten” (Comparative tables of the ways of writing of various peoples of the past and present times), was published. Like the plum tree, Büttner’s scientific work also bore fruit in his sixty-fifth year.


MODEL OF A PLUM, 2018, Plastic, Zentrale Kustodie, University of Göttingen